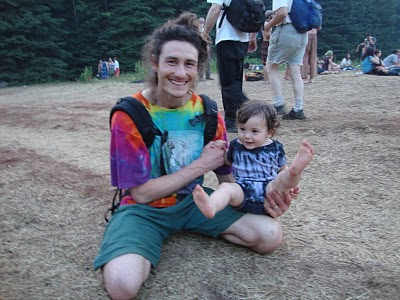 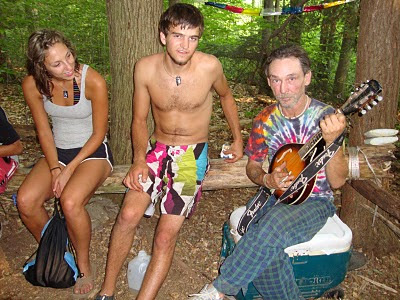 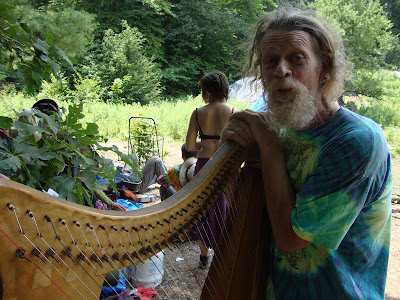 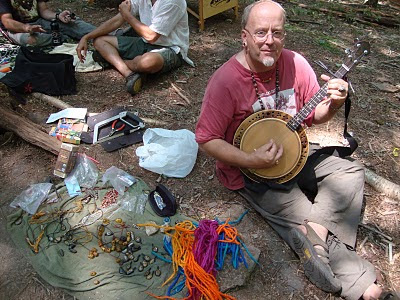 Two things: First, the loose definition of a zuzu is this- It's a little doughball that is covered in brown sugar, has chocolate in the center, and is cooked over an open fire by a naked woman. Second- I want to tell all the people who have in the past called ME a hippie that they do not know what a hippie really is.
Tuesday, a friend and her son rode with me to meet Kaleo and Erin at a Rainbow Gathering. We planned on spending two days there. I am glad I went but I can safely say that I would not need to do it again. I had anticipated peace, love and a lot of tree hugging. That is NOT what I found there. We actually left as soon as we woke up on the second day. I think the best way to describe it is that when I expected to see giving, all I saw was taking. Their site said that they leave a park cleaner than they found it but I've done a lot of camping and have never seen a park so dirty. The most disturbing part for me was the great number of dogs and some kittens because most of them were very poorly treated. One dog was beaten right out in the open for no apparent reason. I'll post all my photos on FaceBook but for here I am just going to post the photos of happy people that I think looked like what I wanted to see. I heard next year's gathering might be in Argentina? I'll pass.
Posted by lindabillet at 5:41 AM