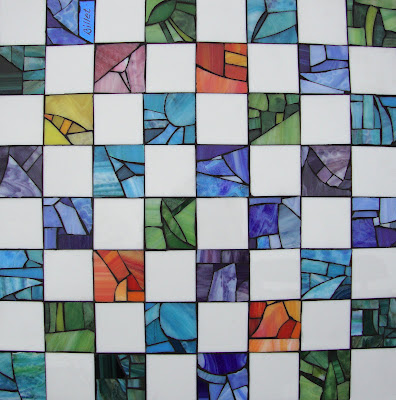 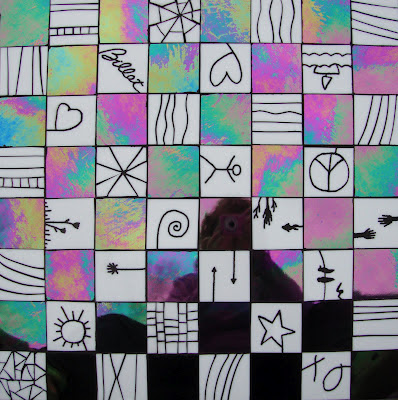 Yup! Don't need money. Everybody has something they can give. And in doing so, the one you'll help the most is yourself, for sure. When a friend of mine landed this awesome project, he wasn't given a whole ton of money to accomplish it. He asked me to get involved. What he needed were some table tops and he wanted them to be game boards for kids to play on. These are two of the 4 boards that will end up in a play area that is part of Baltimore's Operation Oliver. If you look, you can see my pink camera in the shadow of the iridescent black glass. The bottom is the same glass as the top but sometimes it will flash color and sometimes it will be black.

In short, Operation Oliver is a war veteran's mission to save Oliver Street and bring it back to what it was...maybe even better. Of late, this section had been so deteriorated that it was what the HBO series, "The Wire," is based on. http://abcnews.go.com/WNT/video/iraq-afghanistan-war-vets-save-us-city-15283191 I definitely had my kismet ON with this work because I wound up meeting an accomplished mosaic artist from Baltimore. Yeah, and she was willing to help! You'll be able to see Jo Alexander's work and mine installed this summer. Take your checkers.
Posted by lindabillet at 5:41 PM