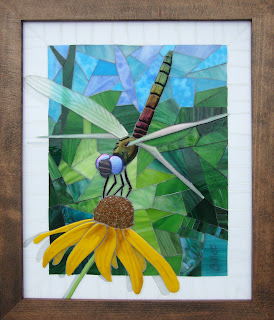 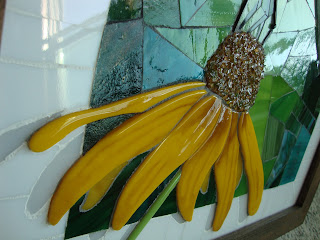 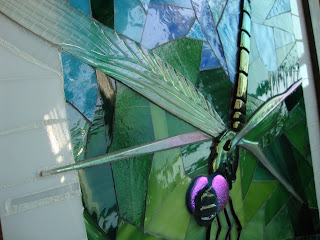 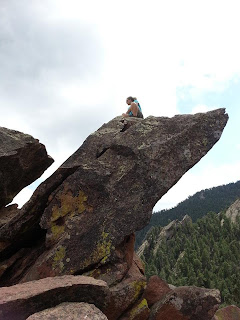 My July has been a bit more eventful than I had wanted.  I was invited to a wedding and finished this mosaic in time for the couple's gift.  As planned, the day after the wedding was my son's going-away shebang because he moved to Denver the next day.  I helped him and his wife drive their cars out over three days.  But just like everyone else, there was the old unexpected stuff that can roll ya'.  It is the same stuff that happens to us all.  The night before the wedding, Rob and I were in a car accident that totaled both his car and the car that caused the accident.  All people involved were injury free.  Then the night of Kaleo's party, we got a phone call saying that my mother-in-law, Corrine, had just died.
So yeah, it is easy to look at an injury free car accident as a good thing rather than an inconvenience that snagged an entire evening in our already overbooked life.  But then how do you deal with losing a great friend/second mom in any kind of positive way?  Of course, I did my share of blubbering.  If I feel it, I'm gonna express it.  That's me.   There is no way to advise someone how to look at this because everyone has their own beliefs.  What worked for us is knowing that at least her long struggle was over.  I try to compare it to my son's move to Denver.  Yeah, I will miss him but why would I hold him back from happiness?  I wouldn't.  I am so freaking grateful to have had Corrine as another mom.  I have known her for almost 30 years and we had zero fights.  That is a tough act to follow now that I am a mother-in-law.  I will always have a billion fun memories of her.  It is easy for me to feel peace about her crossing the rainbow bridge because no matter WHAT is over there, it is better than laying in a hospital bed.
I thought the Denver move was horrible timing but in the end it was perfect timing.  Everything unfolds as it should.  I have to remind myself constantly.﻿
Posted by lindabillet at 1:15 PM