see what I mean? 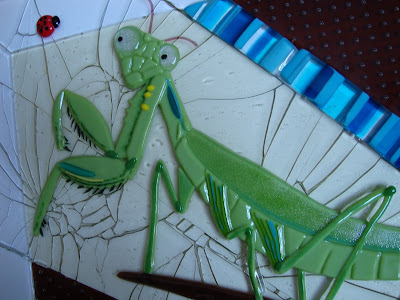 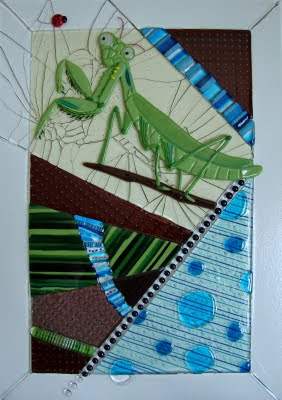 In my April 29th post, I wrote about a piece that got into an auction held by Museum of Glass in Tacoma, Washington. I ended the post saying that this COULD lead to my best news ever. Well, it did. When I opened their catalog link, I saw on page 35, my work is featured with Dale Chihuly and a lot of other artists that I respect....the big guys. Now you may wonder why I think this is such a big deal but think about this. A little over 5 years ago, I could not have imagined this. Sometimes I grumble that things aren't working out because I know I will go to bed tonight and I will not have all of my dreams sewn up YET. But if I really look, I see that things are happening quite fast for an artist who is brandy new. I am def not where I want to be, but the journey to that place is pretty sweet. Keep believing in YOU.

If you friended me on FaceBook, you've already gotten this news. I've been a little behind with K's wedding and then we were on vacation. This mantis is what I finished right before I left for Florida. He's 16 x 23. Museum of Glass has a link to their catalog on their site.


Posted by lindabillet at 6:26 AM No comments: 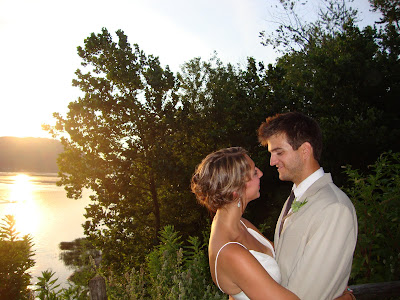 Wow, this is so hard to imagine. My little boy got married! I mean, it shouldn't come as a shock. They have lived together for a year and a half. They announced their intent to marry a year ago but it still is hard for me to wrap my brain around this. Look at that photo. Kaleo is a man. How did that happen so fast? How did it happen at all? Here are a few things I know. While raising Kaleo, Rob and I def made mistakes as we all do. In the case of this particular boy (who has been a man for quite a while) we can honestly say we gave it 100%. We did the best we could with the experience we had and the situations we were in. Looking back we have a different knowledge. For all the mistakes we made, I wouldn't change a thing because it brought this man to where he is right now......a real good place. Everything unfolds as it should.

Now, that we have done the best we could we can just sit back to watch the rest unfold. My son and his wife will not be doing things our way. They will be making a life that works with how THEY see the world-and believe me, it's a lot different than how we see it. Neither way is better, they are just different. Rob and I grumbled about the wedding being so late. People traveling would be inconvenienced, blah, blah, blah. Kaleo argued that they love sunsets. They were smart enough to listen and start a bit earlier. More importantly, they were smart enough to stick to their guns and have the evening wedding which you can see was the perfect choice- FOR THEM! I will never stop GIVING this man advice as long as he wants it. I will also never stop TAKING advice from him as well. He is one of the people who are helping me along on my journey. Maktub. With their advice I will make decisions that work well for me and respect that they will do the same for themselves. Congratulations, Erin and Kaleo. I love you both.

Posted by lindabillet at 6:59 AM 3 comments: